The Popularity of the Campus Bird’s Eye Views

Views of colleges and universities have been produced in the United States as early as the 1700’s an woodblock engravings, and mostly of Ivy League Schools.  Various artists produced these views throughout the 1800’s, and in the early part of the twentieth century.  The earlier views were taken from a ground level view –  usually the administration building or groups of buildings as pictured in the Harvard view on the left.  As time went on and college campuses grew much larger, more and more of these views were either panoramic or bird’s eye.  W.T. Littig & Company of New York published many hand-colored photogravure prints of college and university campuses. These views were taken from a perceived altitude of around 300 feet. The company engaged the services as such artists as Richard Rummell, Harley D. Nichols, and Arthur J. Elder who were very skilled in illustration and watercolor, and their styles are all very similar.  From these watercolors, copper-plates were engraved and a limited number of engravings were distributed.  Most of these works were originally printed on hand-woven paper and hand-colored, and this texture is evident in our reproductions.

We here at Vintage City Maps have restored over 170 campus views, and they have become wildly popular works of art as they are treasured by loyal graduates of these institutions.  In addition, they have become popular graduation gifts every spring.

Our most popular of these campus views is Richard Rummell’s Washington & Lee University in Lexington, Virginia, produced in 1907. Another popular view is Edward Sachse’s University of Virginia in Charlottesville, produced in 1856. 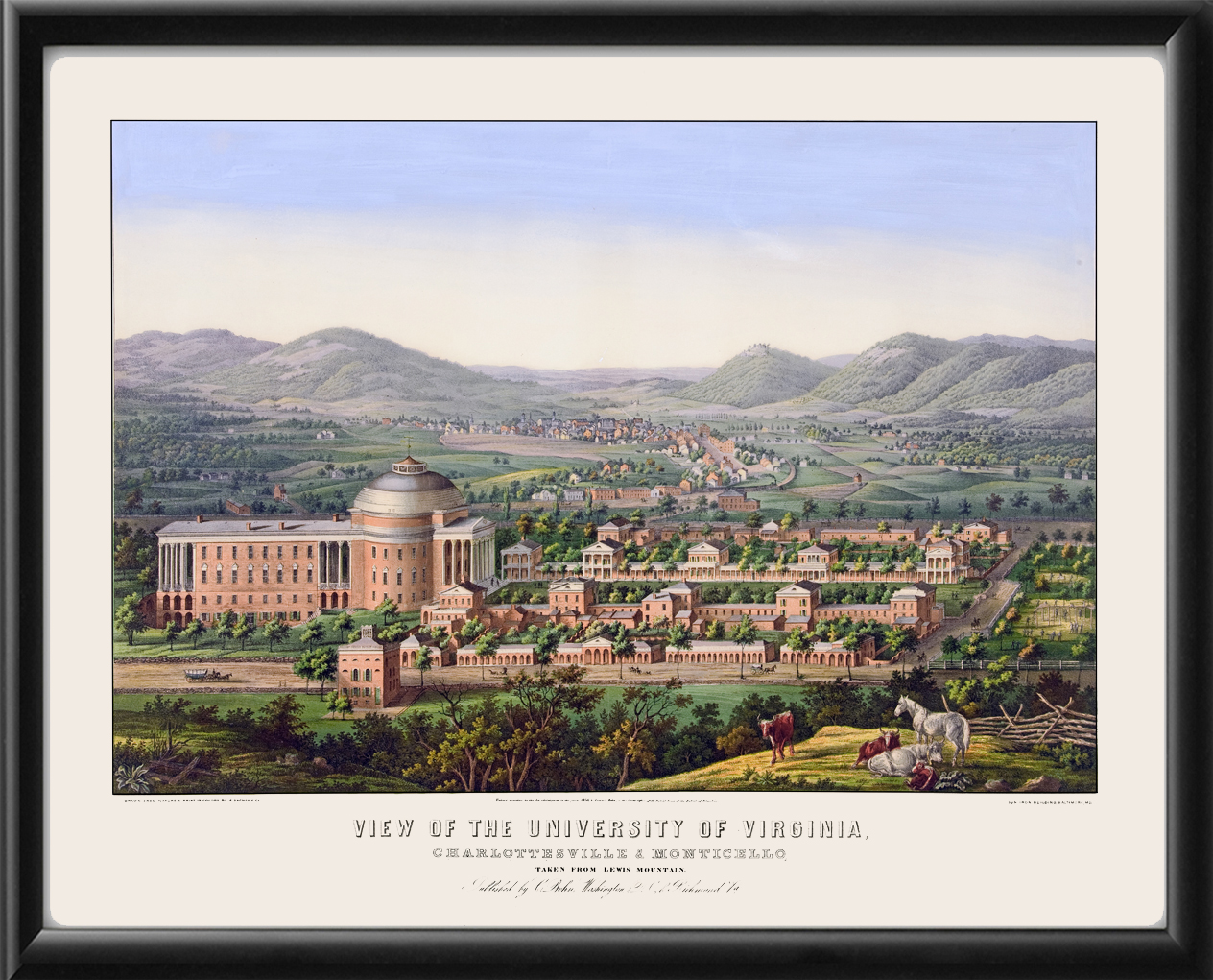 Arthur J. Elder’s University of the South in Sewanee, Tennessee, is also quite popular, especially since we added color to the original version, 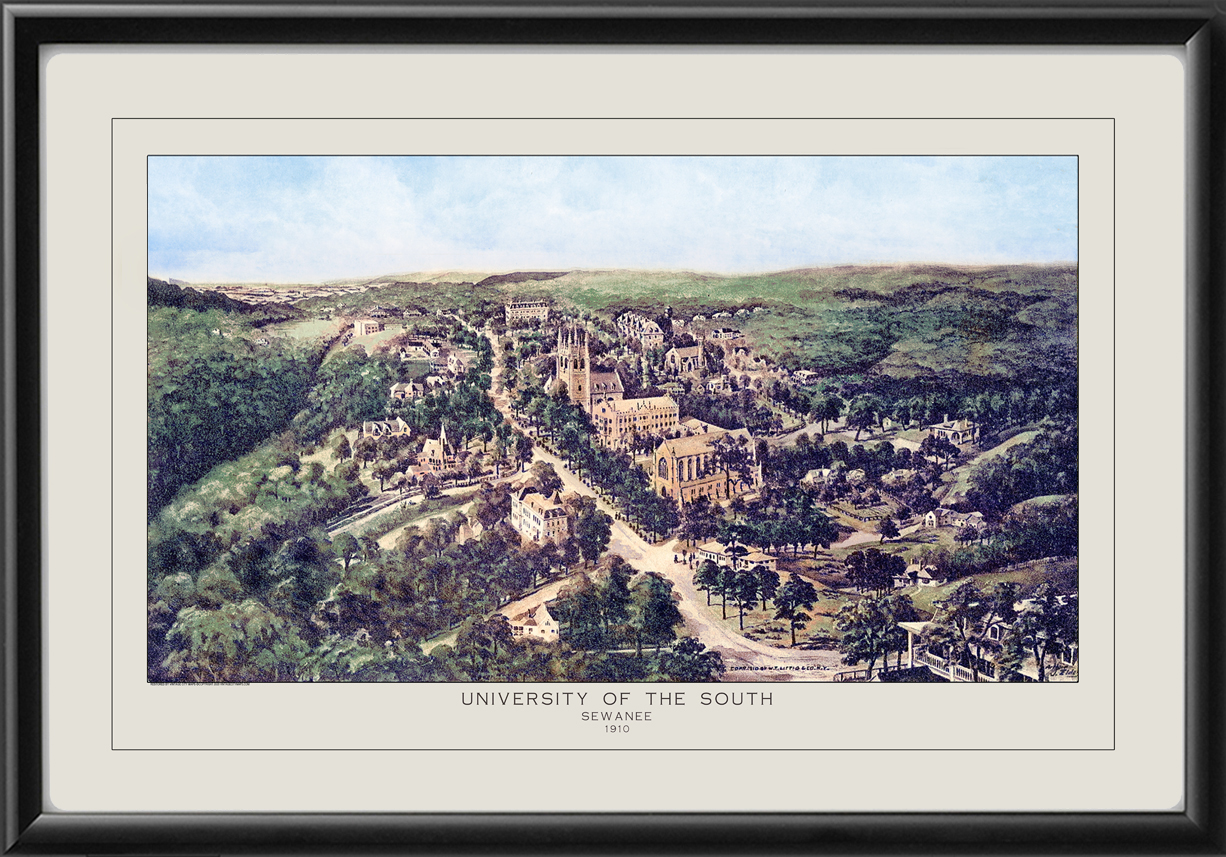 All of these restored views are formatted to fit standard sized ready-made frames – usually 24″ x 36″ or 24″ x 40″ – and are available at any art supply dealer.  A few of these area also available in the large size – typically 36″ x 54″ – for the more seriously-loyal alumnus.

These views make a quick and impressive gift to honor the accomplished graduate!